What happens when multiple bills are passed about the same topic? 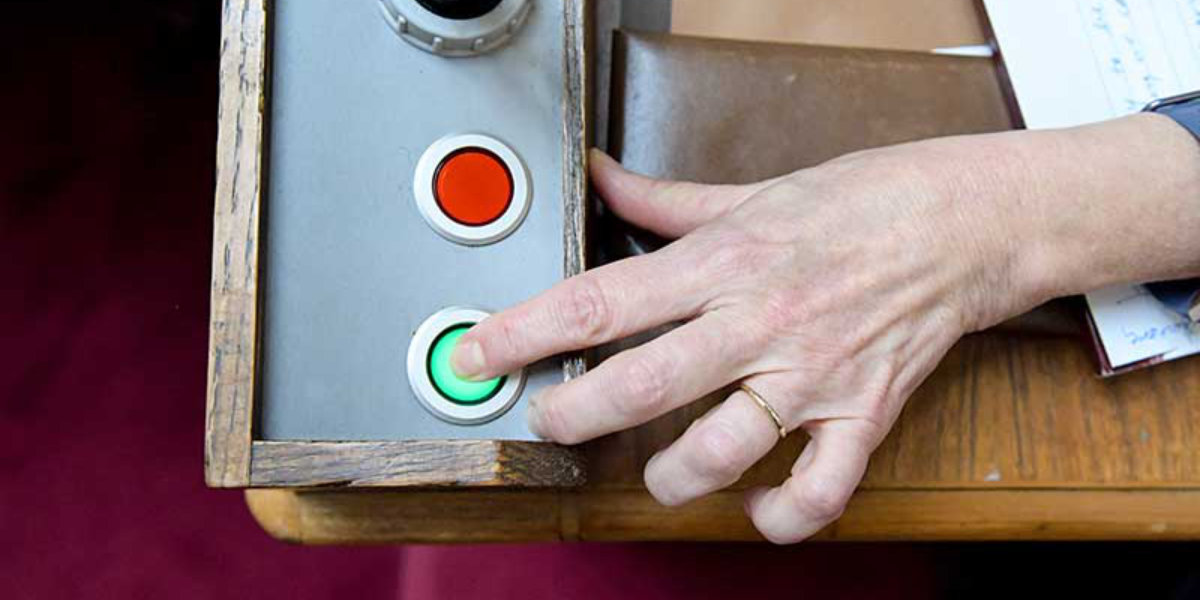 With the thousands of bills introduced in the legislature each year, it’s a fair bet that some of those bills propose similar policy solutions. So, what happens when more than one bill addresses the same topic?

Simply put, the bill that passes last – or closest to the end of the legislative session – is the one that changes the state code. We’ll get to how this plays out in practice, but first it’s important to understand a few key elements of how bills are put together:

It’s important to remember that each proposed bill does one of two things to the State Code. Either, it proposes an addition, or it proposes a change to the state code. The specific part of the code that the bill impacts or “opens up,” is always listed with the text of the bill. This is how you’d look up the existing law if you needed to.

If a bill changes part of the code, the underlined section will be in the middle of the non-underlined text. If the bill creates a new section of code, the whole thing will be underlined. The changes that a bill would make are underlined and look like this:

How This Plays Out at the Legislature

As I mentioned before, the last bill that passes is the one that changes the code. That’s true both for underlined and non-underlined sections of the code.

Here’s an example of how that works:

These mechanics can impact funding sources for projects if multiple bills suggest using the same funding source in different ways. Similarly, if two bills propose different solutions to the same problem, the order in which these bills are passed becomes incredibly important.

As the end of the legislative session gets closer, citizen lobbyists know that it pays to keep an eye on bills that open up the same part of the code as the bills that they care most about. If many bills come up about the same thing, legislators often work to combine them to ensure that conflicts like the one in the example above don’t happen.

This can be an opportunity to work with legislators to make sure that their desired outcomes are represented in the combined bill, or that a case is made for why their policy solution makes the most sense.

The state code can be a daunting thing to think about. But, even if you’re not someone who cracks the code open regularly, understanding how and when bills change the code can help you make sure that your voice is heard at the legislature.

BY TAYLOR BENNETT, DIRECTOR OF COMMUNITY-BASED POLICY This year, West Virginia became one of only a handful of states that have made