What does community development look like in action? Here’s a concrete example: inspiring residents of Moorefield and Cowen are hitting the streets through monthly participation in The Hub’s Cultivate WV program workshops. Meeting attendees include motivated residents like local elected officials, teachers, retirees, and so much more.

One of the groups of people regularly showing up are students. Moorefield High School students are working on a very exciting project – a micro-business and outdoor education center in their town. A community development project like this takes effort and planning, not to mention community support. In order to designate the space, to actually build the units, and to establish the partners that will utilize the space, these students are working hard toward gaining community buy-in and securing financial resources.

The students recently received a $50,000 grant to begin this work!

Check out this article, reprinted here with permission from the Moorefield Examiner, to learn more about this youth-led project that’s building up the Moorefield community toward a creative economic future:

The empty lot at the corner of Main and Jefferson streets in Moorefield will soon be a flurry of activity. The long-awaited Hardy County Schools Community Development Project moved one step closer to reality with a $50,000 grant from the West Virginia Department of Education’s Division of Technical Education and the Governor’s Economic Initiatives.

Students from Moorefield High School’s Simulated Workplace representing a number of partners made a presentation in Charleston on Wednesday, Dec. 12. The Economic Projects Impacting Communities or EPIC was a competitive process wherein five student-initiated projects received $50,000 each.

What the group found was the Potomac Highlands and Eastern West Virginia has no food hubs – no access for the distribution for small farmers or craft food developers.

“Their vision is for a USDA approved food processing facility where students and members of the community can develop recipes and sell locally produced products,” Slack said.

Hardy County’s project involves transforming the vacant lot into a series of five micro-businesses and an outdoor education center for both community and student use. The site will also include a greenhouse and high tunnel that will augment Hardy County Agricultural Education program.

Loften and Tompkins were both proud and excited to bring home “the big check” for $50,000. They, along with others in the group, worked long and hard on the inch-thick grant application.

“Mr. Burch said he was surprised the application was completely done by high school students,” Tompkins said. “He had to take it home to read it.”

“We included anything we could think of that we thought would help us get the grant,” Loften said.

Clinton Burch is executive director of the Governor’s Economic Initiative, which partnered with the WVDE to challenge simulated workplace companies across the state to participate in the grant competition. The other winners were in Wetzel, Gilmer, Roane and Putnam counties.

The EPIC project must be completed over the next two years and will require participation from local businesses and other organizations.

While Loften and Tompkins are seniors, there are underclassmen who are part of the team and will make sure the project is done. “I wish it could be finished before I graduate,” Loften said. 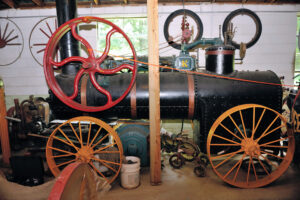 The RiffRaff Arts Collective (RRAC) has secured and intends to redevelop three properties to establish the Lonnie Gunter, Jr. Center for Culture & History. The lots are adjacent to the Princeton Railroad Museum in the Mercer Street Historic District of downtown Princeton. One of the lots includes the Wheby’s Grocery building – a landmark in Princeton, built in 1925. 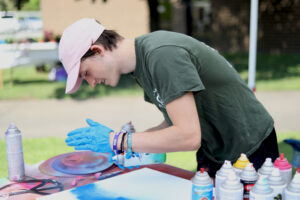 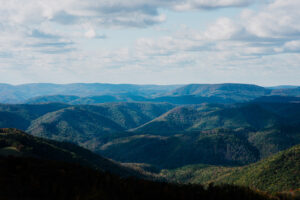