For more than 100 years, The Welch News has covered local stories in McDowell County, West Virginia. It was back in 2018 when West Virginians found out that this community institution may shutter its doors forever, and then, in one of the greatest comeback stories that our state has witnessed in some time, just days later a local member of the newsroom said that she was stepping up to purchase the paper. Melissa Nester, better known as Missy, became The Welch News publisher.

Many stories have been told about the residents of McDowell County and national depictions of the area often hold up the most harmful stereotypes of West Virginians. The prevalence of these kinds of stories makes a local news source, where residents are reflecting what is happening in the community in their own voices, even more critical.

The team at The Welch News centers the needs of the community in each decision they make with their small business. It is their love of the community, and the people in it, that keeps the team going, even though there are significant obstacles to overcome with producing a local newspaper. Their trusted relationship with the community proves how local media can play an important role as a guardian of local history, a community connector, and more.

Historically, we’ve felt like our community’s voice wasn’t heard. More than anything, this [newspaper] shows that our side of the story matters.

Connect to the welch news

there are opportunities for you to contribute to west virginia's story. 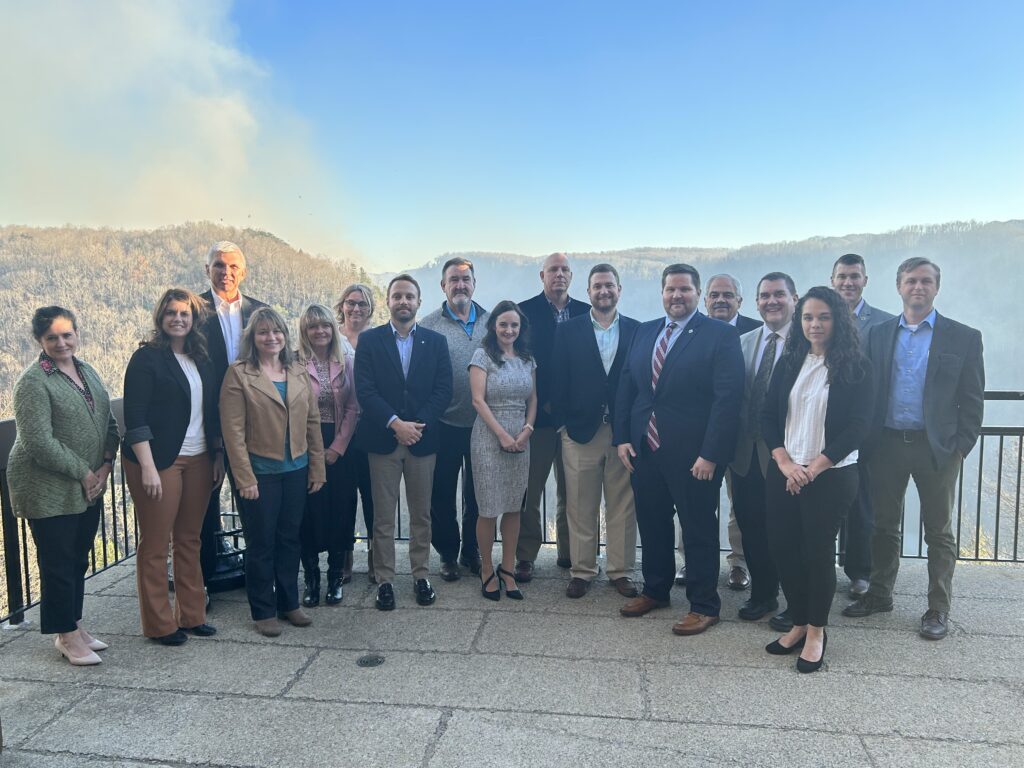 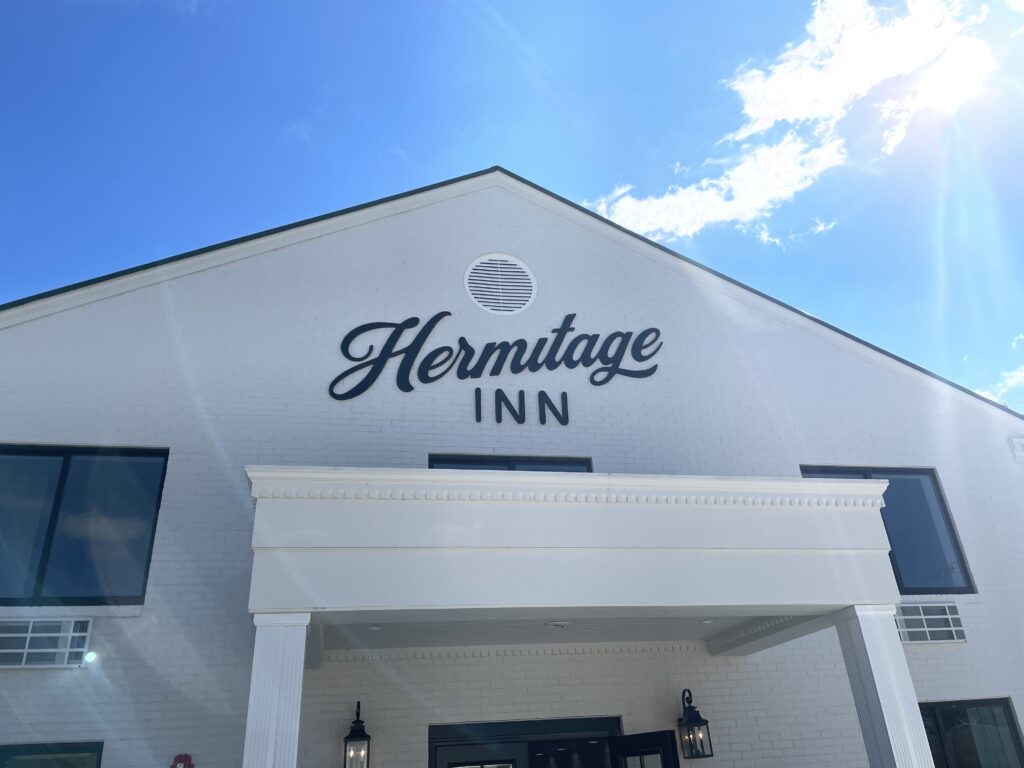 The Hub works alongside communities across West Virginia coaching community teams as they come together to make transformative changes in their towns. In 2022, one town stands out for its continued work and unwavering commitment to making its community a place where people want to live, work, play, and visit.Petersburg, located in Grant County at the northernmost point of the Mon Forest, is filled with community members who want to make their town a destination. Not only have businesses opened, and stayed open, the town has transformed the way they present to the world through rebranding and outdoor recreational development.As part of the HubCAP IV program, Petersburg utilized its technical assistance to push forward with projects to bring transformative change to its community. Part of the work Petersburg worked towards was creating plans to pave a hike and bike trail that runs along the Petersburg dike. The proposed trail will run approximately three miles along the Petersburg dike and will include multiple entrances for walkers and bikers. The group secured a $25,000 grant from Senator Hamilton, which was matched locally by the City of Petersburg, the County Commission, and the Board of Education, each adding an equal share to bring the total to $50,000.This year, Petersburg witnessed a major upgrade to one of the town’s most iconic and historic structures: The Hermitage Inn. The hotel, which dates back to 1841, has been renovated and once again welcomes guests to stay the night and have a nice dinner in the restaurant.The Hermitage Inn is the first project initiated and completed as part of the Downtown Appalachia: Revitalizing Recreational Economies (DARRE) program. Seeing the old hotel returned to its majesty has been an incredible development for Petersburg adding another jewel to the downtown area.Seeing Hub communities come together to create transformative change thrills us. Community members are the subject matter experts on what their towns need. Our commitment to accompaniment and walking alongside communities as they do the hard work guides us in our work. Celebrating their victories with them gives us a moment to uplift those making the work happen. 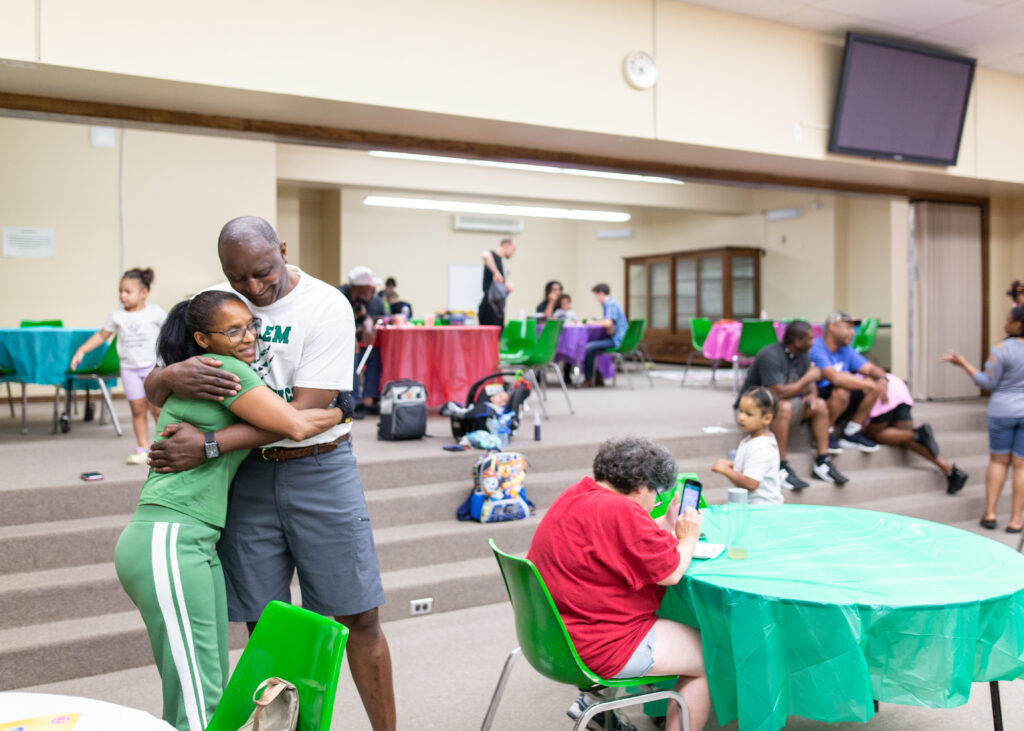 Since 2018, The Hub has been working diligently to bring Diversity, Equity, and Inclusion into our work. For years, the organization has been working internally to expand on one of our core values: “We believe diversity creates strength.”We believe that now is a time when we must work from the ground up to commit to long-term efforts to build power through leadership development, programmatic strategies, and partnerships that commit to building power and advancing racial equity.Looking back at our organizational history, we acknowledge that our work in rural communities with populations of less than 15,000 has not reached a diverse cross-section of people in West Virginia. Because of this, we began to ask, “Who isn’t here?” when examining our involvement in communities. The social unrest in 2020 led us to examine our role in white supremacy, ableism, classism, and gender discrimination, and the ways we have perpetuated unjust systems in our communities and across West Virginia.Since 2020, our equity journey has included a staff racial equity learning series, making internal commitments to increasing our hiring and retainment of diverse staff including creating full-time Racial Equity Fellowship and VISTA positions, committing to increased coaching for rural communities of color across the state, and tackling the inherent challenges of advancing equity across the community development field within a highly rural, majority white state where Black and brown leadership has been historically marginalized and under-invested.Our belief in the power of local people to see the value and the potential of their place, and of each other, is at the core of our belief in the potential we have to build power in West Virginia to advance racial equity, inclusion, and accessibility while disrupting systems that have historically excluded some communities.We are committed to engaging in conversations to uplift communities and leaders of color to move from talk to action on why race matters in West Virginia as we work to disrupt these systems. We will support investment in Black-led organizations and rural Black leadership. And we are committed to driving public and private investments into these spaces, both organizational and geographic.

It has been a year of abundant opportunities and partnerships across the state, and a year that has pushed all of us to work harder, faster, and smarter – together.At The Hub, we say that “the work works when you put in the work.” This means that our approach to community-based development, and individual leadership development, really does transform local communities, especially when we all work together for the same goal, and stay committed to working together for the long haul.A growing number of towns across the state are putting themselves on the “growth map.” Princeton, Richwood, Elkins, New Martinsville, Parsons, Petersburg, White Sulphur Springs, and so many more communities we have worked with are all putting in thousands of hours of volunteer work. This commitment has helped local leaders improve their communities. These improvements can be seen increasingly through the growth of local economic and business development in each of these towns.We extend our deepest gratitude to everyone for being part of the larger Hub community as we reflect on this year’s deep impact in West Virginia communities through our work. We are thrilled to have champions who believe in our mission that every community in West Virginia can achieve economic growth when they are supported with the tools and training they need to lead and spark positive change.We believe strongly in the fact that putting in the work yourself to improve your neighborhood, your town, and our state is where true transformational change happens. With strategic partners and thought leaders like you in the work with us, we continue to be able to walk alongside community teams as they do the work to uplift their communities.Thank you to all of the community teams and leaders who are brave enough to keep showing up every day. Your determination in the face of difficult work and far-off successes is something to applaud yourself for, and celebrate together.Whether you’re volunteering on the ground in your community, sharing our stories of hope with your friends and neighbors, or attending a virtual event with The Hub, your participation in our work is what keeps it going. Thank you for all your work and support this past year, and we are excited to continue in the work with you in 2023!In Continued Accompaniment,